It is impossible to predict exactly what restrictions will/will not be in force in June 2023. I have spoken at length with one of the key naturalists of the gannets on Bass Rock. Although numbers were initially devastated on Bass Rock, the flu outbreak did appear to be over by the end of July 2022. After that date no new cases were observed and hundreds of chicks survived and fledged. Many yearling, immature gannets occupied the vacant spaces and the colony made a measurable recovery. It is hoped that the survivors have an immunity to this disease. As things are at the moment, trips are being planned for 2023. As long as there is no resurgence of avian flu in 2023 we will be able to land on the island again. Full refunds of the cost of the workshop will be given if access is denied.

The north-east of England is arguably the UK’s best location for seabird photography. Bass Rock is just 60miles north of the Farne Islands, and can be combined with the Farne Island workshop to provide two days of magical opportunities. Bass Rock is the largest single gannet colony in the world. It is regarded by Sir David Attenborough as one of the “Twelve Wildlife Wonders of the World”.

It is now inhabited by over 50,000 pairs of gannets, plus some 20,000 non-breeders. You may also see shags, guillemots, razorbills, fulmar and puffins, but these birds are very much in the minority. Gannets are our priority today. The Gannets spend most of the year on Bass Rock. From February to the end of October, before departing for the west coast of Africa.

Four and a Half Hours on Bass Rock

Photographers On Safari have chartered a private boat to take you to Bass Rock. This will give you an unbelievable four and a half hours photographing the Gannets on Bass Rock. This is some 50% more time than is available on the normal trips to Bass Rock. Please note that the skipper of the boat that has been used for the last ten years has now retired. The boat has been replaced with a smaller vessel that has a much greater chance of landing on Bass Rock. It is, however, smaller and does not lend itself to chumming photography. The cost of the workshop has now been reduced by approximately 10% to take this into account.

One to One Photographic Tuition

The day begins with a short tutorial on photography, giving an insight into the techniques used for bird photography. Feel free, however, to ask as many questions as you like on a one to one basis throughout the day regarding these techniques. General and/or individual advice will be given each time we choose a new subject. Group numbers will be strictly limited so that everybody gets a great position.

You will be able to get amazingly close to the gannets and photographing them protecting and feeding their young will be a cinch. There are also birds constantly in flight, so with the correct camera settings dialled into your camera, sharp pictures of flying gannets should be an absolute certainty. One to one tuition is available throughout the day, so please do take advantage of this to ensure this is a memorable event.

We will also enjoy the company of our own ornithological guide, who will answer all your birding questions. The gannet is Britain’s largest seabird with a wing span of just under two metres. When hunting for fish it slams into the sea like a living missile, descending at speeds of over 90 mph and diving to depths of 30 feet below sea level. The impact as it hits the water is so violent that it can stun the fish and swallow its prey whole before returning to the surface. The gannets are designed for high speed impact with more safety features than a modern vehicle. It has a skull like a crash helmet and its throat pouches swell like a drivers air-bag as it crashes into the sea.

The flat top of the island has fields of densely packed nests, about 3 per square metre. This is just beyond pecking distance, as Gannets are fiercely territorial and can be very aggressive to neighbours and even their mates. Gannets prefer wind blown rocky stacks, as they allow the birds to make vertical takeoffs and landings. Any Gannet attempting to walk to it’s nest is battered by host of heavy dagger-like beaks from neighbouring birds.

09.00 to 09.15  Make our way to our photography site above the lighthouse,
photographing as you climb the steps to our designated area.. Group tuition

N.B. Food and drink not included on this workshop.

Some workshops per year are cancelled due to weather conditions making it impossible to land on Bass Rock. Full refunds of the cost of the workshop are given to those on any cancelled workshops.

N.B. Farne Islands workshops can also be booked either the day before, or the day after, the majority of the above trips. The venues are 60 miles (just over one hour) apart. 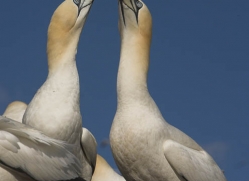 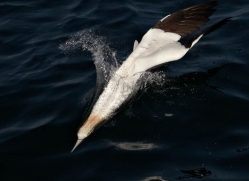 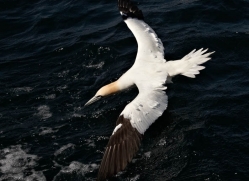 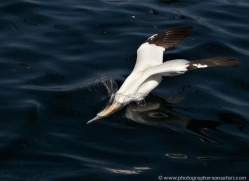 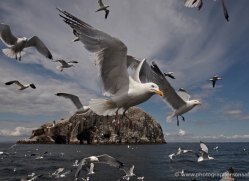 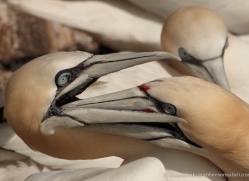 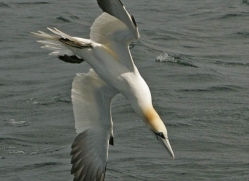 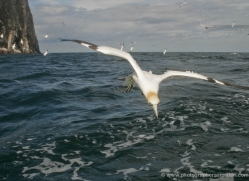 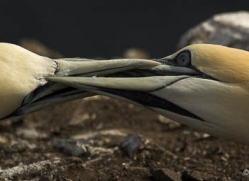 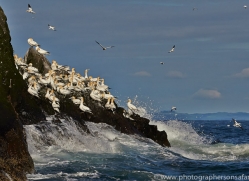 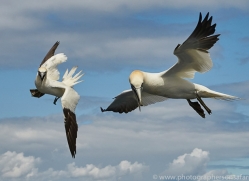 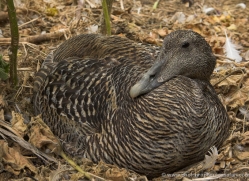 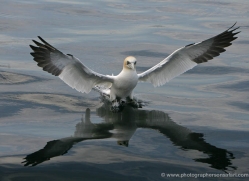 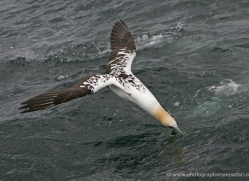 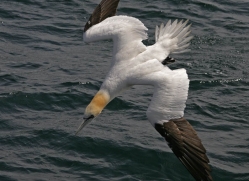 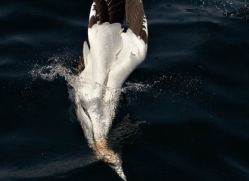 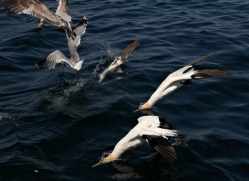 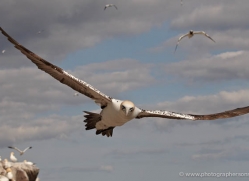 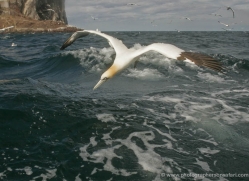 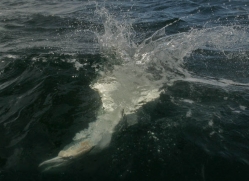 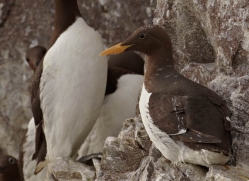 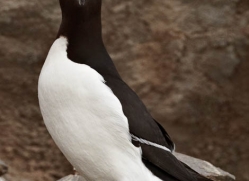 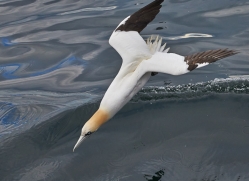 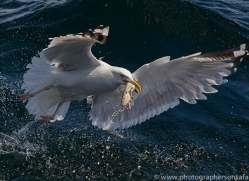 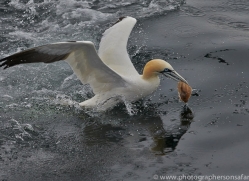 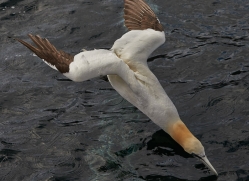 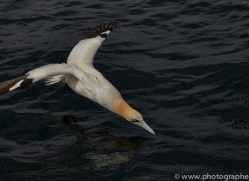 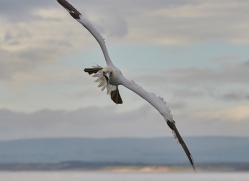 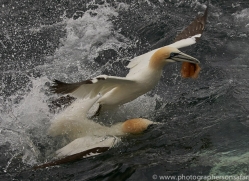 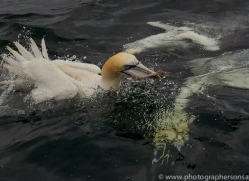